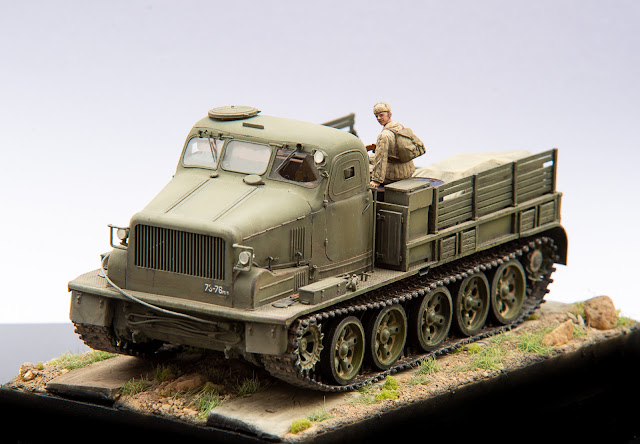 Short modeling update. I finished my last 1/35 project few days ago. I built a soviet tracked tractor which was the first military vehicle which built Russia after the second world war. I like such models really much. The Warshaw Pact vehicles are really special for me. It's a mix between massive military equipment with influence of an apocalypse. They have it's own charm which was built of steel and indestructibility. I prefer to put these little vehicles on a vignette because it works better as just the simple vehicle in a shelf. I try to add figures because it looks more like life. So it's more interesting to view. A small scene of history as just a model.
My next project is more complex because its a soldier with his horse from the 19th century in a 1/16 scale. I never painted animals before and it's a real challenge for me. I will show the result here, no matter how the model looks like. I see it as a step on improvement. 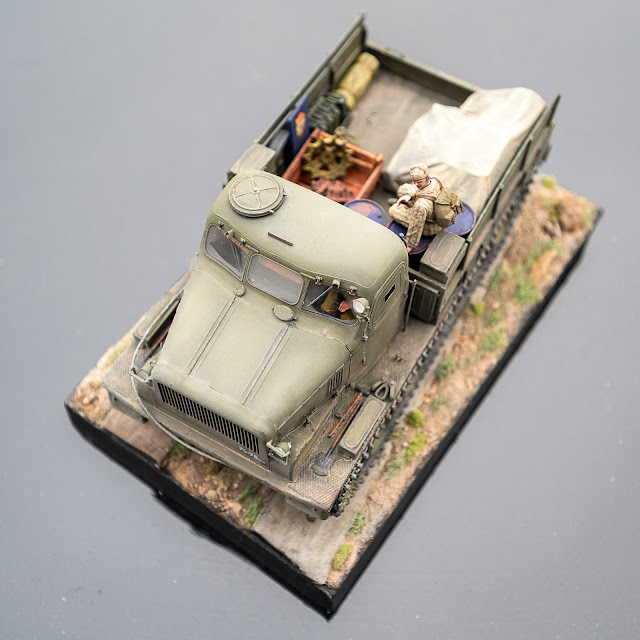